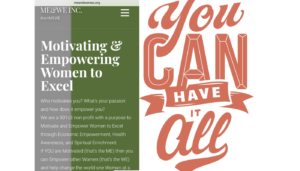 WHAT DO YOU BELIEVE?

As little girls we are taught a lot that may hinder our belief that we can have it all. You were set up. Let me tell you the greatest lie ever told… “And they lived happily ever after!” Yes, Walt Disney did that. Disney has made billions on the heart strings and the consciousness of women as well as little girls every where. And for the longest time this really messed with me. I was irate at Walt and really wanted a refund on every doll and outfit my mother had ever gotten me over the years. Let’s just say, the buy in to the “happily ever after” was literal. Disney lied! Straight up. Because when life happens, and it does…when things go array…and they will. You find yourself off balance. You say to yourself… “I thought I was supposed to live happily ever after”! But life is not fair and what you believe will shape your future.

We as women still ask ourselves “can we have it all”, do you want it all, and what exactly is it all? We as women must deal with the pretext of what we have been told and seen over the years as well as the context of our current situation. Applying some basic questions and beliefs will allow you to not just have it all…but get what you really want in life.

So here is the killing part. I had to ask God to forgive me and I ceremoniously apologized to dear old Walt Disney because he said one word that gave us all a disclaimer, and we missed it… “AFTER”! Just think about every queen, princess or damsel in distress and what actually happened. She lived happily ever…AFTER! After life had demonstrated how truly unfair and unscrupulous it can be. The AFTER is what we as women should believe in.

Case and point: Cinderella got her prince and lived happily ever after…after being in a dysfunctional family with two ugly ungrateful step-sisters and a bitchy step-mother who locked her up and made her clean 24-7. Only to be saved by a fairy good mother, a few critters and an unbelieveable magic that had an expiration time.

Ok how about Snow White who lived happily ever after with her prince charming… after she was illegally drugged by an evil step-mother (do you see a trend), left for dead in the woods, only to be taken care of by seven little men (Disney had a precarious mind…but would have been great for Lifetime writers) nonetheless she was saved by a kiss and the spell was broken.

Ok so how about Tianna, finally a black princess. She is a young hard working entrepreneur who’s big heart to help an entitled man, I mean a prince, got her into more trouble than it was probably worth (sound familiar). She gets turned into an cold-blooded amphibian (i.e. the frog before she is princess) and has to deal with a lot of black magic and some crazy people down the bayou. She becomes a princess who has a business, but keeps it on the side because she must be present first for her prince and the kingdom. And oh by the way, she lived happily ever after.

So did you catch it? AFTER! No matter what you have been through, going through or will go through…You can still have it all! It may not be picture perfect, with a Disney flare but it is possible. You can have it all after the hurt, after the drama, the after the betrayal and after the pain. Let me be clear, the after may be in a relationship, on your job or profession or with yourself, family or life. Yes life does happen but know there can be a happily ever after. But it depends on what you believer in (not fairytales) and what you tell yourself. It also depends on what you want in life. If you are focused on the past, you can’t see the now, and you definitely will not be able to see the future.

So my advice is to know that you can have it all, but ask yourself these vital questions to formulate a road map to the destination you really want in life:

WHAT DO YOU REALLY WANT?

WHAT PRICE ARE YOU WILLING TO PAY TO GET IT?

HOW DO YOU FIND YOUR BALANCE?

LOOK AT YOUR CORE BELIEFS, WHY YOU THINK THE WAY YOU DO?

WHAT IS MOST IMPORTANT TO YOU? 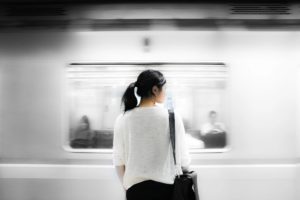 I want to see and be one of the good guys. Better yet, how about a great Woman! In a world that is consumed with social media 'perfection-ism' and television shows that market to people who call themselves gladiators. The world is more concerned about adulterous relationships and reality tv of fake situations. I feel dazed and confused. Am I supposed to be impressed and imitate what I see? Do you need someone to look up to, #METOO.

Where are the real leaders of this country when the most powerful man of the free word can "grab a woman by the p**sy and there are no ramifications. We now live in a time and place when historical figures that raised us as children (like Fat Albert, Little Bill, & The Cosby Show) now can be accused of raping multiple women, and no response from that individual! True or not, the damage is done. There goes another icon or role model destroyed, I used to look up to!

And then to speak of a generation that is afraid of the very people we are suppose to look up to...police. Heaven forbid if you’re the wrong skin color or in the wrong neighborhood at the wrong time and you live in fear of your life. I need someone to look up to.

Life is scary and sometimes we just need a person, a good guy or a great woman that we can look up to. A person that says they are not perfect but I can trust their integrity, their love of people and a passion to see the world in a better light!

Sometimes I Need Someone to Look Up To!  Perhaps that person is a good guy or better yet a great woman, perhaps its you.

A woman is not just the key to a household but the key to the wellbeing of the entire society. If woman will find power, peace and fulfillment, they will be empowering the entire society. As a woman, you must not only be providing emotionally but financially as well. You should be following tested and tried money management mantras in order to become more empowered. Remember, nothing works better than your own money. Therefore, taking a stand and working hard to find opportunities for earning a passive income or even becoming an entrepreneur is really essential for every woman in the world. This way, she learns to respect herself and give more value to her own time.

Often, women find themselves in a web where their only work is to ‘care for’ things. However, who cares about women? Certainly, it is the women themselves. When you start making priorities in life and also make sure that you are fulfilling them, you start getting better opportunities life. Create a budget today and check the amount that you have been spending on yourself. No, we are not talking about a monetary budget as we are sure that you already have a great one. We are talking about a time budget. Divide 24 hours of your day and make a realistic assessment of the time you spend in taking care of others. You will hardly find a couple of hours (or even less) that belong to you and you alone. Don’t you think that you should be re-prioritizing your life in order to achieve balance and become a better person? You need to grow financially as well as spiritually and find contentment, not as a wife, mother or an employee, but as an individual.

If you really want to take a step for yourself and make life better, you can join the programs organized by ME & WE, Inc. This non-profit organization works for providing economic empowerment, wellbeing and spiritual enrichment to women who want to grow as individuals.  ME & WE refers to Motivated and Empowered women who can help other Women to Excel. Stop thinking about the next mortgage you will have to take on your house or the loans that you have to pay. Stop feeling miserable and join the programs by ME & WE. Here, you will finding ample of opportunities to grow, start your own business, earn a handsome income, manage your finances and life properly and find a spiritually enriching quiet time too. Explore what they have to offer by visiting their site today!